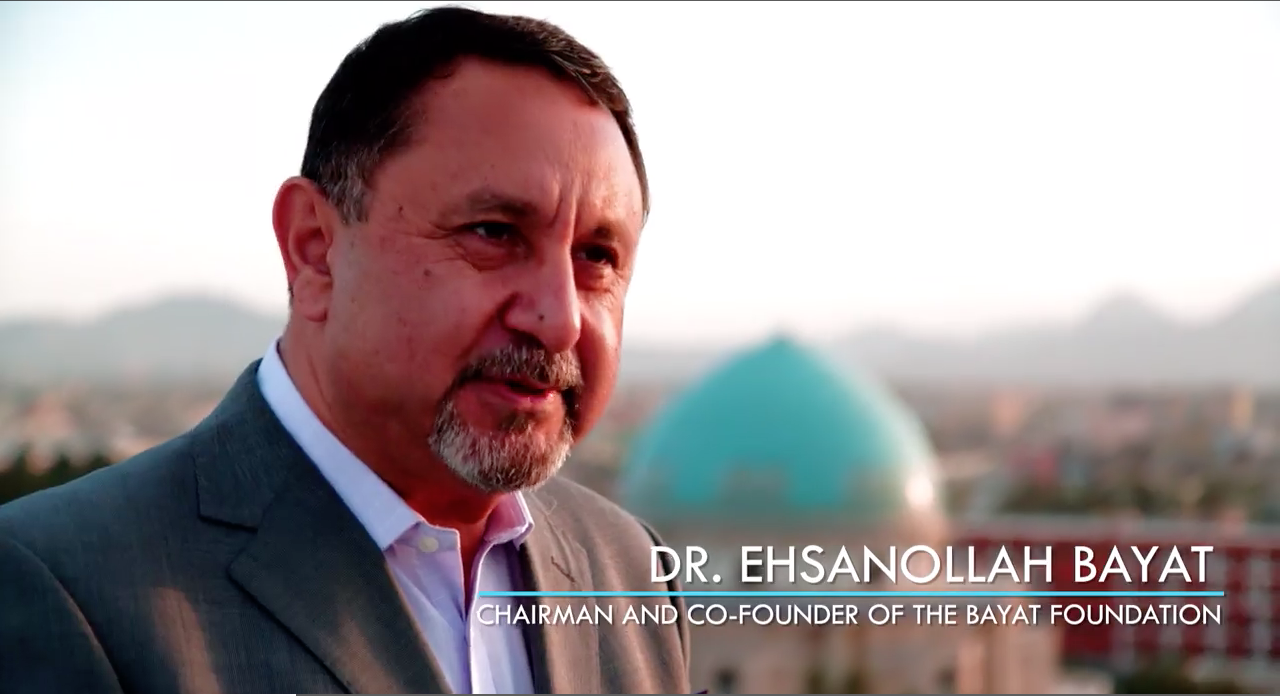 Cooperation, Commitment—and most importantly, Compassion—are the three precious qualities we need, so that we can grow and move forward, as individuals, and together, as a nation.

Throughout our five-day, October 1st to October 5th Bayat-Starkey 2018 Afghanistan Hearing Care Mission, hundreds of volunteers from the Bayat Foundation and The Bayat Group demonstrated their tremendous capacity for cooperation and compassion, by working together with their Starkey Hearing Foundation partners to bring The Gift of Hearing to more than 1240 Afghans who were suffering from Deafness or a hearing impairment.

The 2018 Afghanistan Hearing Care Mission is the fifth in a series of joint missions by the Bayat Foundation and the Starkey Hearing Foundation, which since 2014, has provided The Gift of Hearing, and vital hearing aftercare assistance to more than 7,000 Afghans living in every region of the nation.

Our 2018 Afghanistan Hearing Care Mission achieved so many goals—we restored the hearing of thousands of our fellow Afghans, and this year’s mission was the first one which was planned and led by an entirely Afghan team. Bayat Foundation staff, working together with their Starkey Hearing Foundation Partners located in the USA and around the world, organized the 2018 Afghanistan Hearing Care Mission, including selecting the date and choosing the location. Then, the Afghanistan based team traveled throughout the country, to contact the thousands of Women, Men and Children who needed hearing care.

After the examination was completed, patients were escorted into the treatment area, where the Bayat-Starkey hearing care team, together with specially trained volunteers, fitted each patient with the hearing devices that enabled each patient—many for the first time in their lives—to use the precious, powerful gift of hearing, sound and their voices to connect with the world.

“He that does good to another, does good also to himself.” Roman statesman Lucius Seneca contributed this wisdom to the world well over 1900 years ago, but his observation is no less true in our own time.

Since the first Bayat-Starkey Afghanistan Hearing Care Mission in 2014, volunteers from The Bayat Foundation and The Bayat Group—two organizations founded by Afghans that work to create a better future for Afghanistan—continue to do good for others through their commitment to help their fellow Afghans affected by hearing lost to Hear, Heal and Have better health, so that they can live better lives.